Concerned Czech citizens have written a letter to Virginijus Sinkevičius, European Commissioner for the Environment, Oceans and Fisheries, asking him to take an active role in negotiations between Czech and Poland over Turow coal mine. Theyh claimed that only the European Commission can ensure the rights of locals are upheld in any deal between the two parties.

European Commission declared interest in the ongoing negotiations between Czechia and Poland. However, it is unclear what is its role there and if it is engaged in any way.

Czech communities watch the negotiations with great concern - it is extremely secretive, made under pressure with no clear source and without any guarantees for the protection of the environment and health of local people and for ensuring compliance with the EU law.

Impacted citizens had good relations with their Polish neighbours until now, when aggression and anger is channelled in their direction. They also believe that finding an agreement is the only right way out of this. But they think that finding an agreement, which will truly remedy the violations of EU law and effectively protect their environment and potable water from further damages is hardly possible without direct involvement of European Commission as Polish government still refuses to even acknowledge its responsibility and wants to simply “buy its way out”.

Poland declares that the negotiations and the deal should be done without any involvement of the EU institutions, which raises further concerns among Czech communities since it was and is the EU that provides safeguards in the case

The European Commission should act as the Guardian of the Treaties, mediate and guarantee an appropriate and fair outcome that will secure the compliance with the EU law, protect communities, the environment etc...

Turow operations shall be immediately suspended as the CJEU has ordered and Poland so far refuses to abide by this Court’s order. The EU should take the active role in the negotiations to secure the outcome

All Member States shall comply with EU legal provisions. Turning a blind eye to Turów would undermine the rule of law and EU citizens' trust in the EU itself.

As residents of the village most affected by the Turow mine, we very much appreciate your involvement in the Turów case, and the fact that the Commission, as a vital partner, intervened in the Czech court case at the Court of Justice of the European Union.

Recent developments have been turbulent - ongoing negotiations between governments of Czechia and Poland are leaving us uninformed and “out of the game”. Meanwhile, the excavators continue to eat their way towards our homes as Poland continues to ignore the court’s ruling of an immediate temporary halt to mining at Turow.

We watch with great concern, the pace at which Czechia and Poland are seeking to conclude the deal. The insecurity we feel is enormous as both countries are very secretive about any progress and there is literally no information about the measures and remedies that are supposed to protect our homes, water and future.

Polish representatives state that the dispute can be settled without the involvement of EU institutions. But it took EU institutions to force Poland to the negotiating table in the first place, and it was the EU that provided us with the safeguards and hope that EU law cannot be blatantly ignored by PGE.

We always had good relations with our Polish neighbours until now, when aggression and anger is channeled in our direction. We also believe that finding an agreement is the only right way out of this. But we think that finding an agreement, which will truly remedy the violations of EU law and effectively protect our environment and potable water from further damages is hardly possible without direct involvement of European Commission as Polish government still refuses to even acknowledge its responsibility and wants to simply “buy its way out”.

We need the Commission at the negotiating table actively pursuing a good outcome   so we can have hope that our water will be protected, and that EU law will be upheld and applied fairly with no one being above it.

Thank you, Mr Commissioner for protecting the interests of European citizens!

2. There is still a chance for EU funds.

If Poland establish a date for closure of a Turów mine, which will be in line with the objectives of the European Union, the region will still have a chance to receive funds from the Just Transition Fund. In an interview with TVN24, Virginijus Sinkevicius, European Commissioner for the Environment, oceans and fisheries stated: “The Just Transition Fund is available to Poland in a significant part. However, the Polish authorities were the one who decided to extend mining until 2044 which is not in line with the objectives of the Just Transition Fund and which excludes support for the Jelenia Góra region with Turów and Bogatynia, where no transformation is planned before 2030. The Polish government still has a chance to propose an earlier date to move away from coal which must be consistent with the Just Transition Fund, and then the funds will be available.

“We want long-term solutions that protect both jobs and the climate, and which satisfy the inhabitants who depend on the Turów mine and power plant. The Zgorzelec region has a chance to benefit from funds for a just transition, as the European Commissioner for the Environment has said. Such support would be crucial for the local government, residents and employees of the energy complex. We believe that European Commission will encourage the government to give a date for exclusion of the complex and to start working on a transformation plan. Such are the current expectations of the residents,” comments Katarzyna Kubiczek, project coordinator of the Ecological Association EKO-UNIA.

Photo: European Parliament from EU, CC BY 2.0, via Wikimedia Commons 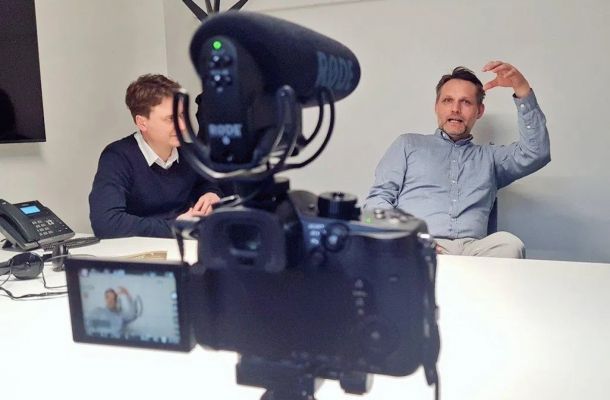